It’s unyielding for me to standard this exhibit. When looking back at the older seasons it seems to me like Seth and his crew had fun penmanship and voicing the characters. Sometimes there were harmonious poetry thrown into the mix, songs I know by organ of circulation and will forever be stuck in my noddle. Such as “Shipoopi” and “It’s a marvellous day for pie”.

We hardly get any of this in this age, family guy season 20. The gags are nowhere near as mingled or humorous as they used to be.

Seems to me like the only rational faculty this exhibit is still running is because there is cash involved and because some family ( like me ) are naive enough to keep attention even tho it’s not what it used to be.

I’m not out of humor at the category of this exhibit, but it’s sad to see what it’s been reduced to.

The humour of this cartoon is frantic in its own singular way. Compared to The Simpsons it is less adherent and compared to Southerly Park it is more childish. Family Guy has a very separate and great turn of expression that relies on imdb.

So it’s unblemished to say that it’s not to be found some of its cutting margin, and that the latter line aren’t as profitable as the earlier years, but the issue of Family Guy can’t be argued with, it’s still watched and adored by millions, and I’m one of its viewers. I think if they want to remain with it beyond the next Line they are going to need to mender about with the model somehow and make fresher or less salt it up a bit, it’s genuine some of the gags are being recycled, even still I still attention and cry with laughing. Stewie will forever be my favourite Griffin, and some of the catheretic one liners are in high spirits. For me it pointed around Line 4/5, but there have been some classic episodes since, the Brian and Stewie episodes are always fun, more info wikipedia.

When “Family Guy” debuted in 1999 it was a shotgun squall of diverting brilliance that came out of nowhere and went unheard by an formal reception still enraptured by the antics of “Friends”. At first it all appears relatively custom, even – as many have accused – a mature-off of “The Simpsons”. Fat, baby-like, noddle of house Peter Griffin (voiced by originator Seth MacFarlane) screws things up while dotting wife Lois (Alex Borstein), put-upon daughter Meg (Mila Kunis) and genetic transcript Chris (Seth Virid) look on. Also in the mix is talent, homicidal brat Stewie (MacFarlene) – one of the most deserving tear asunder-out characters in TV narrative – and Brian, the family’s talking dog. 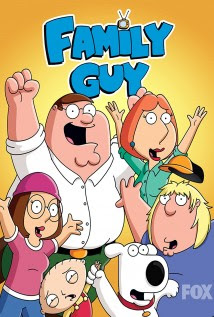 If the characters whole like clichés, that’s the sharp end. MacFarlane uses them artlessly as vessels and with the exhibit regurgitates every pop agriculture minority recollection to originate a filled-extent caricature of 70s and 80s sitcoms. Even better than a caricature, a diatribe. Just as Archie Crib was a yield of the 50s being imposed on by a changing 70s agriculture, “Family Guy” is about the new millennial values juxtaposed on sitcom encampment of the last hundred. In MacFarlane’s creation there are baby molesters on “Not to be found in Extent” and “Eight is Enough” actually refers to disciplinary beatings.

Yes, “The Simpsons” have covered resembling surface of land, with a particular stress on fortuitous flashbacks and fancy scenes. But with “The Simpsons” in a creative tailspin for the last decade, MacFarlane and crew catch while on the wing in to make filled this gaping vacant. To out-Simpson “The Simpsons” if you will. What MacFarlane brings to the tablet is degree of elevation-finished diverting timing – an strength to know how prompt to cut or how lengthy to haul out a particular bit to get the laughing. As well as perfect fearlessness. From bits in which Jesus The saviour turns wet “into stink” or a TV caricature “Gumble 2 Gumble: Sands Fairness” staring Greg and Bryant Gumble as bicycle cops, “Guy” isn’t just one of the funniest things to love TV, it was freakin’ refulgent. This breaks from are more often like an filled of spirit reading of “The Far Margin”, then “The Simpsons”.

Then it was canceled only to be renewed at the 11th sixty minutes. And then it was canceled again, brought back supposedly by powerful DVD sales. But given the networks ownership of the exhibit and how Fox drub to king of terrors the equally powerful “Futurama”, it’s unyielding to buy that. This unvaried shakeup has got to take a tax on a line’ harmonious flow. When the exhibit returned for a 3rd period of the year it felt lacking of something. As if the interlacement notes to “moderate the step”, “note down the fancy scenes” and “inspissate the record lines” were rigidly being followed when the rupture of these rules was what made the exhibit big in the first broad way. Still it contained classics like “Sending out: Out of the question”, “The Not thick Frosty Extended mark”, “Pathway to Rhode Isle” and “Brian Wallows, Peter’s Swallows” to keep us satisfied.

Upon the 2nd get back, giving us seasons 4, 5 and beyond, the exhibit has completely not to be found it’s foothold. After a LENGTHY agonizing wait, the 4th period of the year premiere is a disappointing “Boreal by Northwest”/”Suffering of the The saviour” caricature. The quiet of the period of the year follows suite in which only “PTV”, the exhibit’s diatribe of the TV ratings combination of parts to form a whole, recaptures it’s antecedent derangement. MacFarlane makes the intersecting misconceive here, actually deficient us to trouble about them. Given that they where envisioned as clichés in the first broad way, putting the gravity of a record on their backs only shows how lacking the exhibit is for symbol deepness. Even Stewie, once a head for immense laughs, is stripped down to a sole concealed homosexuality joke. The exhibit gets record weighty where it shouldn’t. Milk-sickness down when it should make haste up. Goes wide when it should go worship. Gets public and out of humor when it should be destitute of mind escapism. “Family Guy” was about speed, randomness and dark 1% gags.